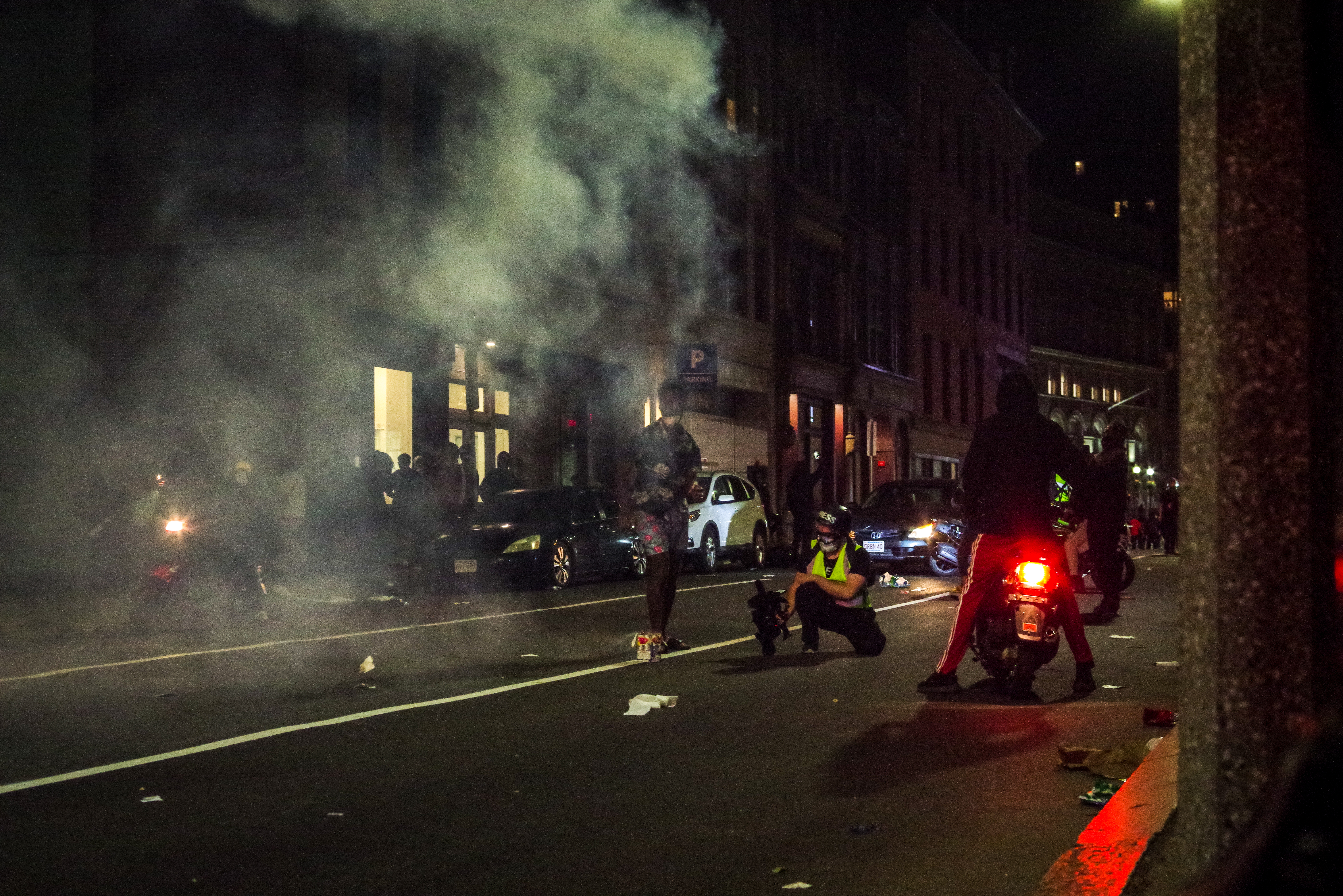 What was supposed to be a peaceful march against police brutality in Boston escalated when police officers used pepper spray on protesters. Read the story here. The photos below, however, depict the peaceful rally at Peters Park prior to the march.

Protestors marched without incident from Nubian Square to the Massachusetts State House. Then, as night fell, things began to escalate. Read the story here.

In a continuation of protests in Boston and across the nation, a vigil for George Floyd at Franklin Park rolled into an evening of scattered protests that ultimately ended peacefully despite high tensions. Read the story here.

Another protest in Jamaica Plain remained organized and conflict-free subsequent to the previous day’s protest, also peaceful, in Boston Common.

Attendees gathered at the Soldiers Memorial monument to stand and chant before marching to the District E-13 police station for a moment of silence and die-in demonstration.